28th July 2021: From nurses to teachers, retail assistants and volunteers of all kinds, over 200 local residents who have worked in the community throughout the Covid crisis came together on Friday night for a free Thank You concert at St Luke's Church in Grayshott. The concert featured a range of popular classical music performed by the London Mozart Players and was organised by local music charity Grayshott Concerts.

The audience enjoyed a range of well-known classical pieces, opening with Handel's Arrival of the Queen of Sheba, followed by Strauss favourites like the Blue Danube and Pizzicato Polka as well as the Waltz of the Flowers from Tchaikovsky's ballet The Nutcracker, and Bach's Air on a G string. 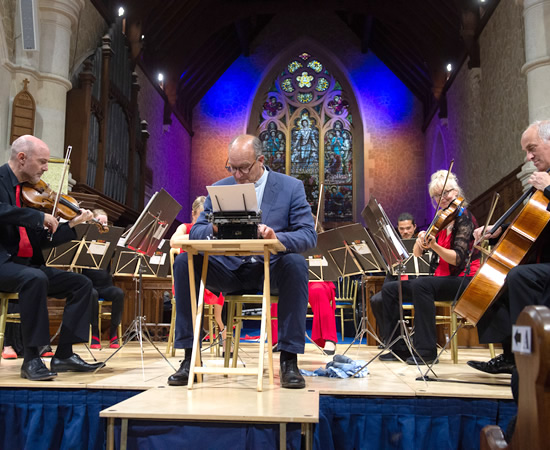 One of the evening's highlights was a solo performance by Reverend Jeremy Haswell, incumbent at St Luke's. Jenny Colquhoun, who works at RMBI Shannon Court residential home, said: "To have the local vicar perform in Leroy Anderson's 'The Typewriter' was such fun and a super way to break down barriers."

Audience members, including many who had never previously attended a Grayshott Concerts event, were keen to share their views following the concert. Karen Hatchell, from Haslemere, said that the evening had been "thoroughly uplifting - it totally replenished the soul. So glad I applied for tickets!", while Alison Dolton, who works for Croydon Health Service, echoed similar sentiment, saying that the concert was "truly life-affirming, and what a generous gift to those of us who work in the NHS."

Manuela Mascellani, from Guildford, also an NHS worker, said after the concert "I am really grateful for all of Grayshott Concerts' efforts to make us feel so special. It is our job, the job we chose and the job we love, but it is so nice when it is recognised." 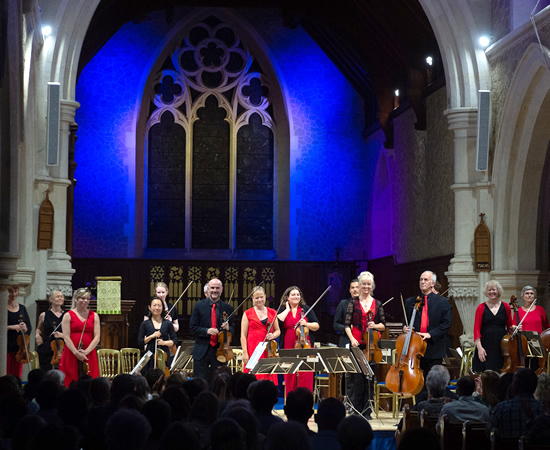 The concert also marked a welcome return to live performance for musicians. Julia Desbrulais, executive director of London Mozart Players, said: "The pandemic almost brought the arts in this country to its knees during the past 16 months. With only 37 live concerts for LMP during this time and all other activities being restricted to online filmed events, Grayshott Concerts has been responsible for providing a whopping 25% of the total live performances for LMP. Audiences are a lifeline for musicians, and we were so grateful that through these concerts our spirits were kept high, and our musicians employed."

Co-founder of Grayshott Concerts, Peter Harrison, said: "Our mission has always been to bring world-class classical music to the doorstep of those in the local area, and for this Thank You concert we wanted to make it especially accessible by offering free tickets. We're grateful for all of our individual and corporate supporters, and in particular East Hampshire District Council, Hampshire County Council, Grayshott Co-Op and Moorhouse Nursing Home for their help in enabling Friday's fantastic concert to go ahead."

A Selection of Audience members 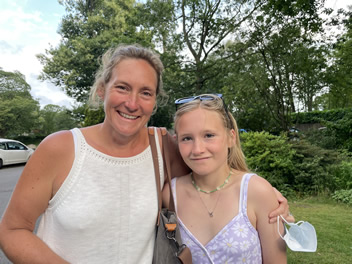 Carol was a call-handler for a Covid support group 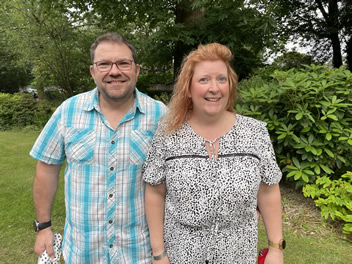 Sharon volunteered with Bordon Buddies, a community support group set up at the beginning of the pandemic to help local residents in all kinds of ways from shopping and collecting prescriptions to odd jobs or even simple company 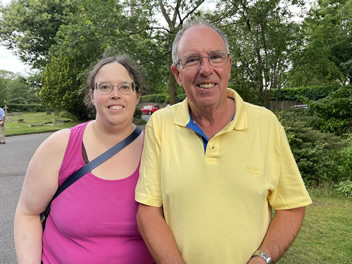 Sarah worked in essential retail throughout the pandemic 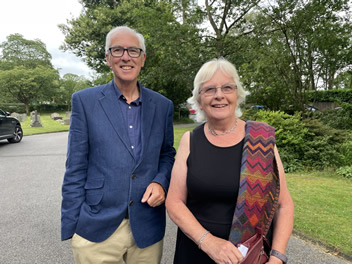 Liz is the Chair of Governors at Grayshott Primary School