In the words of member of the audience, Harriet Posner 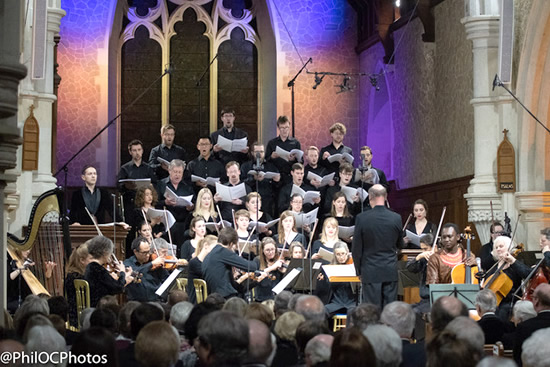 The contrasts could not have been greater.

On Friday 29th November, I was privileged to attend the world premiere of Miserere: Songs of Mercy and Redemption, the latest work by Sir Karl Jenkins. Otherwise known as the worlds most performed living composer, the work was performed by an astonishing array of world-famous classical musicians. Even the music itself had a mix of ethnic flavours from across the world and texts from across the centuries. But the contrast hit me even before a note was played.

For the setting of the first complete live performance of this work was not the Albert Hall or Carnegie Hall, New York, but deep in the Surrey countryside in the tiny village of Grayshott in the serene and acoustic perfection of St Luke's Church. 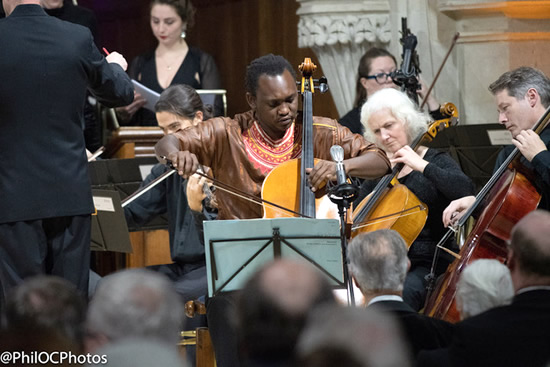 Bringing together some of the concert world's most sought-after performers including Polyphony Choir, Britten Sinfonia and international countertenor Iestyn Davies under Stephen Layton, was no mean feat for the village charity, Grayshott Concerts, which only began staging events in 2004.

Suffice it to say that the key driving force for Grayshott's success is clearly a passion for excellence and the desire to bring exceptional quality of performance 'right to the doorstep' of the community.

The work itself will delight Jenkins fans and is sure to attract many more. As striking as his 'Armed Man'? Perhaps not, but more reflective, packed with memorable tunes with exciting harmonies you just can't get out of your head. There's an eclectic mix of worldwide religious texts ranging from Latin Psalm 51 'Miserere Mei' through 13th century Persian Rumi to today's wordsmith Carol Barratt via a verse from Reverend Eli Jenkins' Prayer from Dylan Thomas's Under Milk Wood.

As always, Karl Jenkins makes it all flow together as if they were all specially written for this work.

And the packed St Luke's audience were blessed indeed. It seems unlikely that this group of exceptional artists, exactly as on the chart-topping CD (with the exception of harpist Alis Huws standing in for an injured Catrin Finch), will ever appear together again, live, for this impressive work.

It will be performed many times around the world, of course, with many accomplished performers. But this performance was unique - and particularly special for all of us lucky enough to attend.